Mind Blown Member Matt Jones Footlock Clinic
The trial period has expired please purchase if you like to continue using the theme. 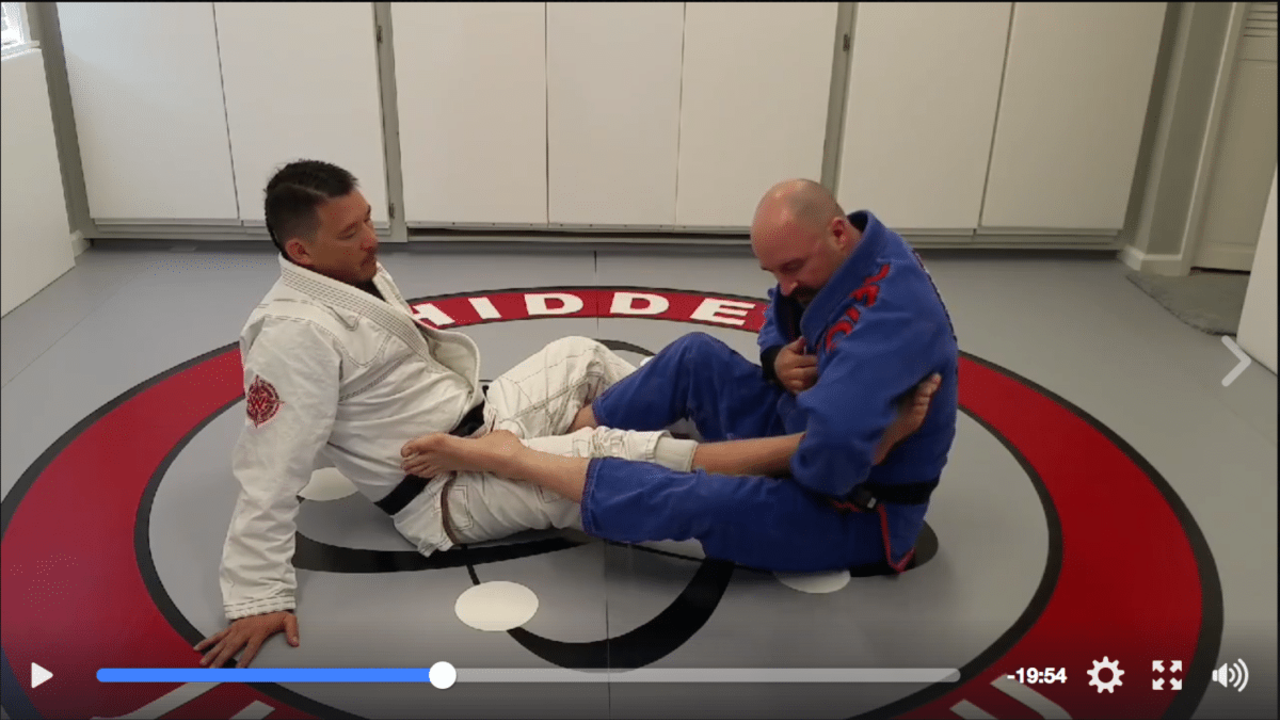 Over the past few years, leg attacks have become quite popular in jiu-jitsu because many teachers and competitors recognized it as a weakness in most jiu-jitsu practitioners games.

I recently had my great friend Matt Jones of Iso BJJ in Adelaide Australia in town visiting me. Matt and his team are extremely well known in Australia for their proficiency with leg attacks. What peaked my interest in his approach to the footlock, or straight ankle lock as it's also called, was seeing how fast it came on.

Matt was training with one of my students who has been focusing most of his time the past year on developing his leg attack game. While Matt was trying to pass guard my student started to entangle Matt's leg and off balance him in an a tempt to go for a heel hook. As Matt was falling he grabbed the straight footlock and tapped my student as soon as his butt hit the ground even though my student initiated the heel hook first.

The amount of force Matt was able to generate and the speed at which the attack came on was incredible. The method which Matt uses also stops many of the most common defenses and escapes.   I've always been a fan of leg attacks and used them quite a bit myself early on in my journey and have seen many different methods of applying the straight ankle lock but I had never seen or was taught the details and nuances Matt was using which I feel make the footlock or straight ankle lock so much more effective.

After asking Matt about his style of applying the footlock and feeling it for myself, it's something that I definitely will be spending quite a bit of time on and implementing into my game.

Matt has been a great friend for quite a few years now and we share a very similar mindset and approach when it come to BJJ. I asked Matt if he would be willing to share some of the HIDDEN details of his footlock with the members of my private Mind Blown group and he was kind enough to allow me to film a video.  After having the video up for only a week in our private Facebook group, I had so many comments and people raving about the success of it in training I thought I had to share it with the rest of the HIDDEN Jiu-Jitsu members.

BUT what really made me decide to share it with all of the members of HIDDEN Jiu-Jitsu was Mind Blown Member, Purple belt, Jeffery Martinez. After only one one week of working on it, he was able to be able to pull it off in competition at the Gracie Worlds this past weekend in Anaheim California. That is a true testament to the technique, details and teaching of Matt Jones.

Watch the 2 videos in your HJJ Dashboard under VIP section.