Why You Should ALWAYS Go To JiuJitsu Class, When You CAN'T Train.
The trial period has expired please purchase if you like to continue using the theme.

Why You Should ALWAYS Go To Jiu Jitsu Class, Especially When You CAN'T Train. 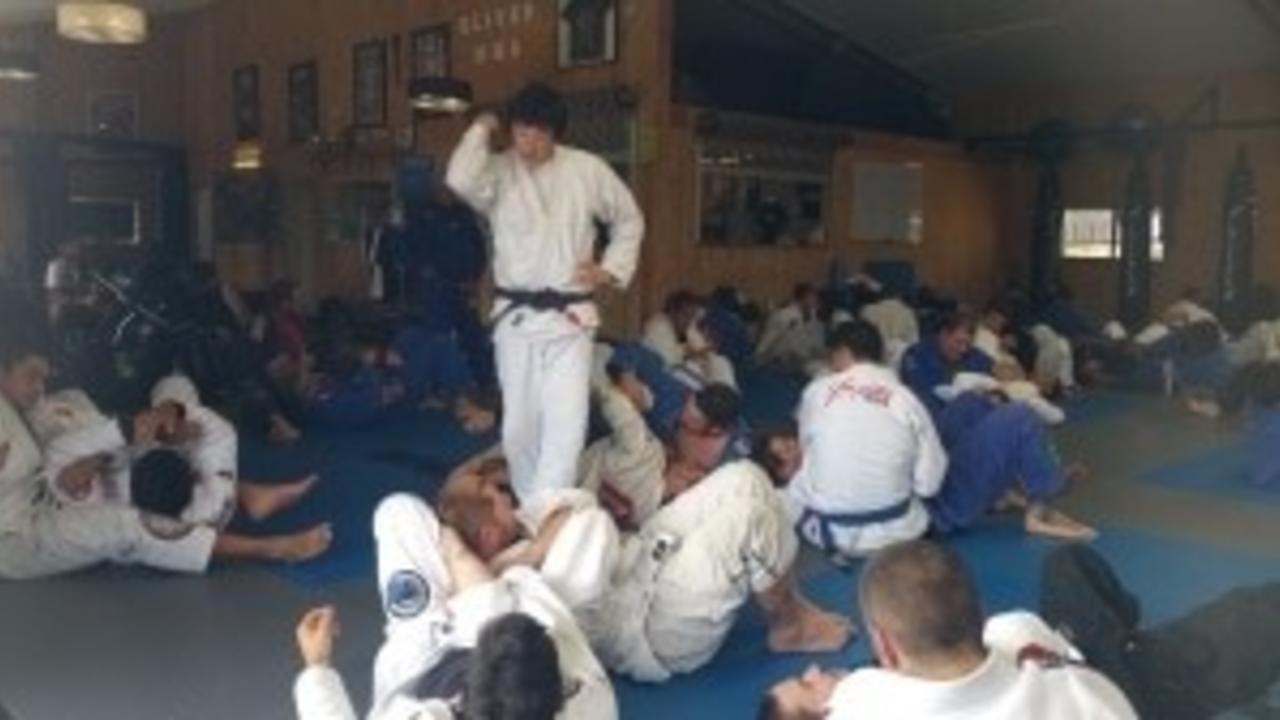 The details are in the deep understanding of Jiu Jitsu.

People ask me a lot of times for advice on how to improve quicker at jiu-jitsu.  I was one of fastest black belt under Rickson Gracie.  I started training in 1995 and within 6 months I had my blue belt.  A year and a half after that (2 years total) I was a purple, and got my brown belt in 2000, in 5 years, that is with taking a year off because I had blown out both my knees in a competition my first day as a purple belt.  I ended up getting my black belt in 2004.  (the story of why it took me so long to go from brown to black belt is a great story with many lessons for another article!) It was never a race for me, in fact, I never really wanted or cared about getting belts, the only reason I mention the timeline is to give people an idea of how my teacher, who was considered to have extremely high standards, acknowledged my progress.

I was really blessed with my circumstances when I started training.  I had saved up some money before I moved to California to begin training with Rickson, enough so that I knew if I lived extremely frugally I could survive for about a year.   I moved there not having a job or friends.  What this meant is I had freedom to train all day, and no other distractions, and literally that's what I did.  I was at the academy so much that within a few weeks I was given a job as the secretary of the school.  Some of my duties there were to answer the phones, collect tuition, organize the merchandise, clean the school, lay out the mats every morning and put them up at night and greet people.

I was obsessed with jiu-jitsu and I completely immersed myself in it.  My obsession with jiu-jitsu definitely played a huge factor in my progress.  The other thing that really had such a massive impact was me working at the school.  You see, there were many times I was I burnt out, beat up from training so much or times when I had small injuries and needed to take time off from training but I still needed to be at the school to do my duties.   On my days off or weeks off from training, when I was finished with my responsibilities and duties, I would sit and watch class.

What I realized from watching class so much is that sometimes I would learn more watching class then actually training in the class myself.  Don't get me wrong, nothing is a substitute for mat time and practicing the movements but there are things you can see from watching the class you don't get when you are participating.

When participating in the class, usually the instructor shows a technique then the students partner up and go off to practice the technique while the instructor walks around to watch and help.  As the instructor would walk around the mats to troubleshoot, he would give each pair a little different advice on either what to do or what not to do.

What I found to be extremely beneficial was seeing all the corrections and adjustments made to each technique or position to make it more effective.

By seeing all the little tweeks given to each group many times I would pick up many details I did not see or realize before, even when it was a technique or position I had trained earlier in the day.  This helped to give me a much deeper understanding of all the positions and techniques, knowing how and why they work or what's wrong when they don't work.  When an instructor is teaching to a class his attention has to be divided for everyone, so each group just gets a fraction of his time.  Watching the class from the outside, my eyes were constantly on the instructor seeing what he was showing so I felt like I was almost getting a private lesson on that technique.

Even during the training sometimes I would feel I benefited far more from watching then participating.  I would see guys that I would train with and certain things they would do to me, and I was able to see how other people dealt with those same situations that would frustrate me or give my problems.  Even if I didn't see the answer many times I would get better insight into how to deal with the problems I was having.

There will be many times throughout our journey where because of injury or just being worn out we can't train but that doesn't mean we cannot be learning and improving.  All of us need to take time off here and there at some point, but the time off doesn't have to be a massive roadblock in our progress.  I always encourage my students anytime they have to take time off to make it a habit to just come and sit in on the class, besides seeing and hanging out with training partners and keeping the routine of going to the gym as part of the schedule there is a lot of learning and value to be had sometimes even more than participating.

***This is a cool post from BJEE about some of the guys who achieved their black belts in record time for those wondering what's possible.  Some of these guys started jiu-jitsu with no grappling or martial arts experience and went from white belt to black belt in 3-4 years, so my journey was at a snails pace compared to these phenoms